At its meeting today, the Board decided to lower the cash rate by 25 basis points to 1.75 per cent, effective 4 May 2016. This follows information showing inflationary pressures are lower than expected. 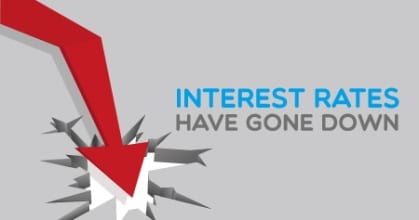 The global economy is continuing to grow, though at a slightly lower pace than earlier expected, with forecasts having been revised down a little further recently. While several advanced economies have recorded improved conditions over the past year, conditions have become more difficult for a number of emerging market economies. China’s growth rate moderated further in the first part of the year, though recent actions by Chinese policymakers are supporting the near-term outlook.

Commodity prices have firmed noticeably from recent lows, but this follows very substantial declines over the past couple of years. Australia’s terms of trade remain much lower than they had been in recent years.

Sentiment in financial markets has improved, after a period of heightened volatility early in the year. However, uncertainty about the global economic outlook and policy settings among the major jurisdictions continues. Funding costs for high-quality borrowers remain very low and, globally, monetary policy remains remarkably accommodative.

In Australia, the available information suggests that the economy is continuing to rebalance following the mining investment boom. GDP growth picked up over 2015, particularly in the second half of the year, and the labour market improved. Indications are that growth is continuing in 2016, though probably at a more moderate pace. Labour market indicators have been more mixed of late.

Inflation has been quite low for some time and recent data were unexpectedly low. While the quarterly data contain some temporary factors, these results, together with ongoing very subdued growth in labour costs and very low cost pressures elsewhere in the world, point to a lower outlook for inflation than previously forecast.

Monetary policy has been accommodative for quite some time. Low interest rates have been supporting demand and the lower exchange rate overall has helped the traded sector. Credit growth to households continues at a moderate pace, while that to businesses has picked up over the past year or so. These factors are all assisting the economy to make the necessary economic adjustments, though an appreciating exchange rate could complicate this.

In reaching today’s decision, the Board took careful note of developments in the housing market, where indications are that the effects of supervisory measures are strengthening lending standards and that price pressures have tended to abate. At present, the potential risks of lower interest rates in this area are less than they were a year ago.

Taking all these considerations into account, the Board judged that prospects for sustainable growth in the economy, with inflation returning to target over time, would be improved by easing monetary policy at this meeting.